​​Train With A ICON

​​Known for his dedication, movement and imposing physicality with a touch of french charisma. Open Court welcomes ambassador Gregory Gaultier aka "The General" one of the true icons of the game. For the first time ever Gregory give members exclusive access to his personally led 6 week training program, including live sessions with the man himself. Uncover his secrets, knowledge and training methods while being mentored. Each week sessions progressively increase in difficulty and on completion you'll receive a unique certificate signed by the man himself.

Lookout for our other ICONS to be announced

For the first time ever Gregory shares his knowledge with you

Mindset of a champion

I cant wait for you to join me on court as i share my knowledge and guide you through my training methods i've learned and executed during my career. Open Courts passion for the game is very clear whilst truly giving back to the community and making it easily accessible for everyone on all devices and tv in todays world. With so many new exciting innovative concepts in the pipeline, it was a easy decision for me to exclusively partner with Open Court and best of all everything is on one simple cool platform. 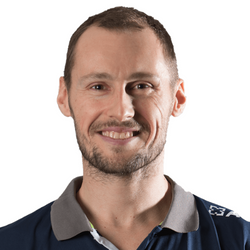 Every plan starts with a 14-day trial. Enjoy your membership by clicking on the plan that suits you best.

​At the gym, in the comfort of your own home or on court and train with Gregory Gaultier The home where icons inspire you.

Everyone should have access to the world’s greatest squash players.